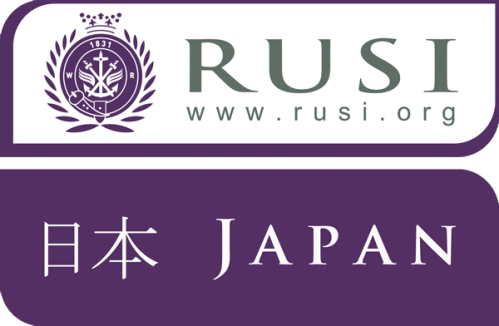 “A trans-Eurasia alliance” – is that what we can expect from stronger linkages between Japan and the UK?

This was one of the ideas aired at the October 2012 launch event for RUSI Japan, which is pitched as “an independent research hub for Asia-Pacific defence and security”.

The idea of the trans-Eurasia alliance between Japan and Europe or Japan and UK “would make the world a more stable place” said Dr Chiaki Akimoto, the head of RUSI’s new Japan office.

Like the Taliban, the London-based Royal United Service Institute (RUSI) has a satellite office in Doha, Qatar. It also has an older one in Washington DC, although I struggled to find any of its output on their website. Now Tokyo, so this move into Asia is a signal event. Is it wrong to suspect it is largely explained as another move in the push earlier this year by the UK government to stake its claim to security interests in Asia? I say that partly because RUSI is rather an ‘Establishment’ type of institution. The ‘R’ in RUSI is for Royal. The Her Britannic Majesty the Queen is its patron. Its website lists commendations form several heads of state. The names of its governing council are mostly trailed by a string of letters denoting royal honors. But as its current head was eager to clarify, RUSI does not receive any ‘core money’ from the UK Government. “Our research is sympathetic to policy-makers, but it is not driven by policy makers and we are not frightened to criticize British policy”. RUSI tries to be a ‘critical friend’. Funding is entirely commercial and from membership subscriptions.

Judging from research it has published recently, RUSI’s interest in Asia has been quite China-centric. This also makes the decision to base its Asia Pacific hub in Tokyo somewhat interesting. Is the UK playing a balancing move?

The panel discussion at the launch event started with some bonding over the UK and Japan’s position vis a vis Uncle Sam. More than one of the panelists pointed to the need to diversify from an over-concentration on relations with the US. The perspective from the UK side was that whenever we talk to the Americans about something going on in the world, we always have to put it in terms of what affects them. They are ‘self-absorbed’. Ouch. The Japanese perspective was that the security discourse in Japan is too US-centric, does not take a global view, and lacks ‘comprehensive’ insights.

Funny then how much of the discussion was mainly centred on East Asian Security, with an emphasis on China. The gist was that the UK and Japan share an interest in understanding China’s intentions, and ought not to concentrate too much on its capabilities. China is militarizing, but internally brittle and fragile. Don’t buy into the linear projections, we are not facing a ‘juggernaut’. South East Asia only came up obliquely around 40 minutes into the discussion, when Dr Eyal (RUSI Director of International Security Studies and in my humble view the most interesting speaker on this panel), noted that since China has managed to ‘split’ ASEAN (but it should recover), the region has a very low level of institutional cooperation for dealing with security issues. Dr. Eyal, if you are reading, can the UK and Japan do anything about this split? What about the other bits of Asia that play a balancing role against China?

Other points of interest were that:

– Europeans were said to be caught up in a debate about moving from hard to soft forms of power, while Japan is being forced from its soft power comfort zone into making decisions about the use of hard power. This sounded like an interesting observation, but didn’t really lead to any conclusions.

What to make of all this?

I think the RUSI team is making a very positive effort in extending its reach to Asia, but I hope they use their base in Tokyo to get around the region. S. E. Asian nations are as much a part of Asia-Pacific defence and security as China and Japan are. Russia did not get a mention in the debate at all, so I hope the Russian influence and interests will not be overlooked.

The proof of the pudding is in the eating. I for one am looking forward to seeing some of this new research hub’s output.

3 responses to “A budding “Trans-Eurasia Alliance”? RUSI launches in Japan”