Panetta calls on Europe to join the US rebalance to Asia, NATO to assist ASEAN 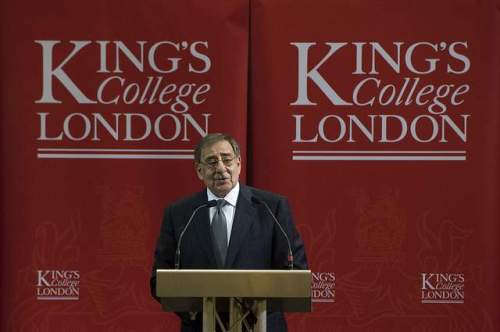 Outgoing US Secretary of Defense Leon Panetta delivered a speech in London on 18 January, where he called on Europe to join in the US rebalance to Asia:

“And going forward, we also must broaden the scope of our alliance security discussions beyond Europe and beyond regional issues. In particular, I strongly believe that Europe should join the United States in increasing and deepening our defense engagement with the Asia-Pacific region.

I know that our so-called pivot to Asia has evoked concerns in Europe about whether America was turning away from the transatlantic alliance, but today those concerns should be put to rest. Global security is not a zero-sum game, but neither are the security commitments of the United States. More importantly, Europe’s economic and security future is — much like the United States — increasingly tied to Asia. After all, the European Union is China’s largest trading partner, ASEAN’s second-largest trading partner, and ranks third and fourth with Japan and South Korea.

It is in the interests of both the United States and Europe for the NATO alliance to become more outwardly focused and engaged in helping to strengthen security institutions in Asia, like ASEAN. It is also in our interests to expand the defense dialogue and exchanges with a full range of nations, including China, where defense spending, according to one estimate, is projected to exceed the largest eight European nations combined by 2015.

We need to help all nations in the region contribute more to regional security and regional prosperity. As members of the historic alliance, it is our responsibility to demonstrate global leadership and to advance those ideals.

And it is to that end that the United States and Europe should work together and ensure our efforts are coordinated through regular consultations between European and U.S. defense officials focused on Asia-Pacific security issues. The bottom line is that Europe should not fear our rebalance to Asia; Europe should join it.”