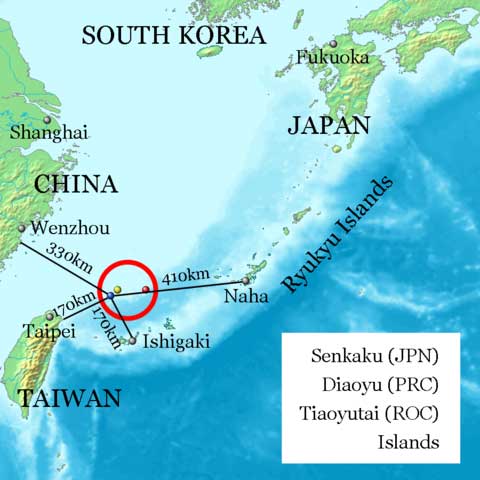 Here is an interesting article written by James Brady on Open Asia about European attitudes towards the Japan/China contest over those islands:

“in the court of public opinion (at least, as far as it is reflected in the mainstream media), sympathy seems to lie largely with Japan”

What is interesting is that this is coming less from any legal or normative position on the dispute itself, and much more from a comparison of the domestic treatment of the issue in China and Japan. The violence seen in the public response in China has generated sympathy for Japan.