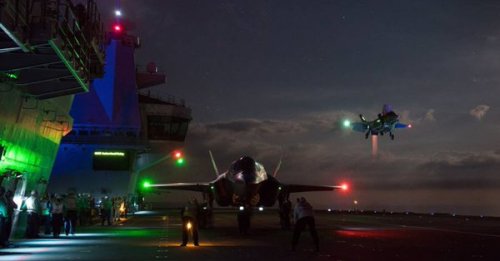 The question of what role European nations and institutions should play in Asian Security has been given a twist by the Brexit decision and what it reveals about people’s differing assumptions on the UK relationship to its European neighbours. Britain’s pivot to Asia (which stared around 2011 before Brexit was even a twinkle in David Cameron’s eye) is starting to bear fruit just as the leave/remain battle approaches its climax in the lead up to the magic date of March 29th.

UK Foreign Secretary Jeremy Hunt’s speech at the IISS in Singapore (Britain’s role in a post-Brexit world) has set off the latest round of discussion about how much Brexit has or should have to do with European engagement in Asian security. It was just preceded by an interview given to the Telegraph by the UK Defence Secretary, Gavin Williamson (30 December 2018) in which it seemed that the UK was determined to open new bases in the Caribbean and South East Asia.

The FT responded first with an article by its chief foreign affairs commentator, Gideon Rachman: The Military aims of ‘Global Britain’ should be realistic: opening a base in Asia is not the best use of scarce resources.

With less than three months to go until Brexit, the race is on to define that elusive term, “Global Britain”. Gavin Williamson, UK defence secretary, announced this week that Brexit is “our moment to be that true global player once more — and I think the armed forces play a really important role as part of that”. Fleshing out this ambition, Mr Williamson revealed in a newspaper interview that the UK intends to open two new military bases overseas — one in the Caribbean and one in south-east Asia. He placed particular emphasis on the idea that Britain is reversing its decision, made in the 1960s, to withdraw its forces “east of Suez”. “That is a policy that has been ripped up,” the defence secretary asserted. A great deal has certainly changed in the half century since that strategic retrenchment. But few of those changes suggest that it is a good idea for Britain once again to seek a military role in Asia.

The group of democratic nations that is best placed to balance a rising China is the “quad” of the US, Japan, India and Australia. The addition of British or French military resources might add some symbolic force to the effort. But it could also complicate matters, if China decided to follow its favourite playbook and target the weakest link in a coalition with an economic, diplomatic or even military response. The British government’s urge to present a confident face to the world as Brexit looms is entirely understandable. But military ambitions, without the resources to back them, risk making the UK look foolish rather than forceful.

Shortly after, the question of whether the UK has the capacity for playing a ‘realistic’ role in Asian security was answered by the Henry Jackson Society ‘Audit of Geopolitical Capability’ that used a detailed set of statistics to argue that Britain has the potential to be the number two world power. James Rogers, who compiled the HJS report (and is also director of the HJS Global Britain Programme) responded to Gideon Rachman’s opinion piece thus:

The @FT seems to overlook the fact that the #UK already has strategic commitments to South-East Asia with a naval support facility in #Singapore and military support to #Brunei, as well as the #FPDA… https://t.co/MOb7dWNkdc

Disappointing FT editorial. Gavin Williamson’s vainglorious base boasting has backfired. A low-key UK mil presence in Indo-Pacific already exists. It more than pays its way, refueling USN in Singapore and thanks to generous support from Brunei for Gurkha battalion @gideonrachman https://t.co/iXeNeHYJsh

The base issue was only the start. When it came to the context behind – the conception of Global Britain’s role in the world, other prominent commentators were less supportive of the Foreign Secretary’s ambition:

We really have got to get over the idea that there is some special role for the UK upon which the international system depends. If we haven’t found it by now – after searching for some 60 years – then it probably doesn’t exist. https://t.co/mbTDJxEDwy

Then let's do something about Russian revisionism in our neighbourhood before we start worrying about the other side of the world. We do not have the luxury of spreading ourselves so thin.

The situation looks confused and well it might, since it is the result of several things  happening at once:

When it comes to European security and the future role of the UK, the issue boils down to three questions -each with their own links to the Brexit issue:

The answers to these questions are shaped to a remarkable degree by where the speaker stands on the causes, modalities, and consequences of Brexit and what that says about the UK’s long term relationship to Europe and its position in the world.

Both argue for a larger role, with the difference being that one sees Britain itself as capable of defining and executing that role either alone or with its global partners (USA, but also Australia, Canada and Japan, etc.), and the other sees Britain as only being able to play a significant role beyond its borders if it embeds itself in the EU.

But one problem remains. If Britain follows the ‘realistic’ course, concentrating on supporting security only in its European neighborhood, then who else from Europe is going to step in on Europe`s Asian security interests? A recent report from the Real Institute Elcano on Europe-Japan security partnership captures the current state of affairs. The UK-Japan quasi alliance comes through relatively strongly. Then would a rejection of Global Britain risk the end of meaningful European engagement in Asian security and the end of a global security role for Europeans?